ACP-105 is a SARM, or selective androgen receptor modulators, that was created to help individuals with degenerative bone disorders. Due to the nature of the supplement and its potential for increased muscle growth, it is also regularly used by individuals interested in muscle and bodybuilding. Overall, the drug helps individuals to build endurance, gain lean muscle, and increase strength.

In 2008 the biopharmaceutical company ACADIA Pharmaceuticals announced its plans to reveal their novel nonsteroidal SARM, ACP-105, among other things. The company promoted that, in lab studies, their nonsteroidal SARM worked just as well as testosterone and showed strong anabolic effects on bones and muscles. They believed that this would advance the treatment of muscle-wasting conditions and osteoarthritis with less adverse effects than that of standard treatments.

This SARM works in a similar way that testosterone does, by binding onto each androgen receptor and work to reduce lipoproteins in the body while building mass that enables muscle growth, all without damaging any critical organs.

Whether it is being used by bodybuilders or by those diagnosed with musculoskeletal disorders, ACP-105 comes with a host of benefits for those that use it. These benefits can include:

Much like with other supplements, using ACP-105 comes with the varied risk of side effects. None of these possible side effects have been documented as permanent. They all can be reversed by implementing post-cycle therapy, or PCT after a round of the nonsteroid supplement. Since it is not a potent SARM, a weaker, more natural PCT can be used instead.

Side effects of taking this drug can include a mild headache, which usually begins after the first use of the product and will disappear as the body becomes accustomed to the supplement. But if individuals begin taking higher than the recommended dose, the headache will return and stay with the individual as long as they are taking the increased dosage. Fatigue and nausea, especially after week seven to eight of use, can indicate the suppression of testosterone. This is when it is advisable to go for a round of post-cycle therapy in order to refresh the body.

When deciding to use ACP-105, following the recommended dosage guidelines is essential for preventing increasingly strong side effects and getting the most out of this SARM.

If the drug is being used for a musculoskeletal disorder, then a doctor will be able to give a proper dosage for the ailment. If it is instead being used by individuals wanting to build more muscle during workouts, the dosage will change depending on whether they are male or female. A female is recommended to 5 mg of the drug a day for eight weeks. In contrast, a male is recommended to take 10 mg a day for eight to twelve weeks. If the individual wishes to continue taking the drug after their recommended time frame, then a round of post-cycle therapy can be done before starting the regimen over again.

ACP-105 promotes muscle gain as well as increased strength and stamina in individuals that take it. With it being a relatively less potent SARM, with less intense side effects, it is generally recommended as a good product for use in bulking muscle and cutting fat. As with most supplements and SARMs, it is not approved for use by the FDA and should be taken under guidance from a doctor. 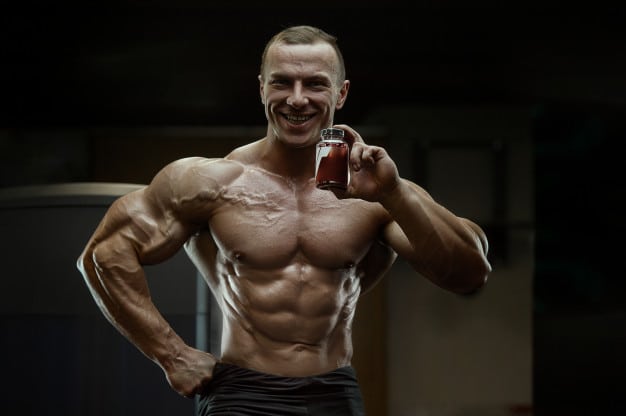 Knowing which SARM to use, when to use it, and at what dosages…
Read More SARMs Before and After Results in 2020

SARMs are currently the new hype among athletes and workout freaks all over.…
Read More